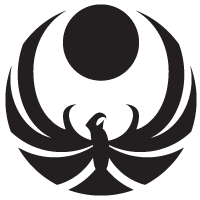 The Nightingale Trinity, usually called simply the Nightingales, are a trio of highly skilled thieves dedicated to the service of Nocturnal. Members are typically chosen from the higher echelons of the Thieves Guild. Although there is no formal association between the two factions and most guild members are unaware of this arrangement, the Trinity is usually very influential on how the guild operates (Nightingales even claim to be the source of the guild's phrase "walk with the shadows").

Members of the order take the Oath: the Skeleton Key must remain at the Twilight Sepulcher, the Temple of Nocturnal, which must be protected from all threats, even in death, until Nocturnal accepts the spirit of a Nightingale into the Evergloam, her plane of Oblivion. In return, Nightingales use the abilities granted to them for whatever they see fit to do in life. Contrary to popularized misconceptions, the Oath is considered a business transaction rather than a religious matter. While most members certainly take the Oath very seriously, they are not worshipping Nocturnal as a deity, but respecting her as the patron of thieves. After their death they continue to serve Nocturnal as Nightingale Sentinels.

The Nightingales make their home in Nightingale Hall. The well-being of the Thieves Guild relies heavily on Nocturnal's content or displeasure with the current Nightingales according to Karliah. Even though this is the case, the Nightingales are a faction sworn to secrecy and their existence has purposely been made to seem like a legend by current and past members of the Nightingales. Although very few Guild members know of the Nightingales, many believe in the unquantifiable 'Luck' the Guild possesses.

Prior to playing the Thieves Guild questline the Nightingale trinity consisted of Gallus (a former Guild Master), Mercer Frey the current Guild Master, and a mysterious woman by the name of Karliah. Once engaged in the Main questline, you and Brynjolf take an Oath to serve Nocturnal and use the new advantage against Mercer Frey. Upon returning The Skeleton Key to the Sepulcher you are given a chance to choose one of three Agent abilities granted to those who serve Nocturnal.