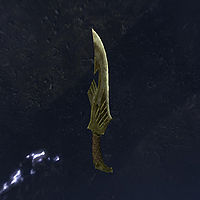 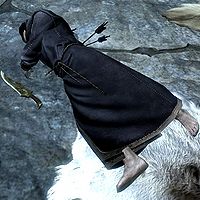 Borvir's Dagger is the weapon found besides its late eponymous owner, Borvir, inside Journeyman's Nook. Its appearance and stats are identical to those of an elven dagger, only being notable due to its unique name and owner. As with all elven daggers, it requires one refined moonstone to temper, with the benefits of the tempering being doubled with the Elven Smithing perk.

The dagger's owner is one of the missing apprentices from the College of Winterhold. After going off on a private expedition to try to create a spectacular recipe for mead that could compete against the popular Honningbrew Mead, Borvir was killed by a volley of arrows inside Journeyman's Nook, having failed to complete his task.