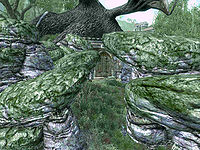 Xirethard is an ancient ruin, once the home of a great nobleman. It is now used by the paranoid Dukes of Dementia as a secret escape route out of New Sheoth. It can be entered both through the entrance marked on the map or via a hidden access in the Private Gardens of the House of Dementia. 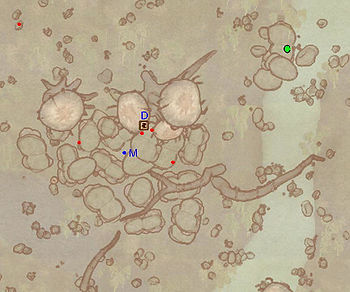 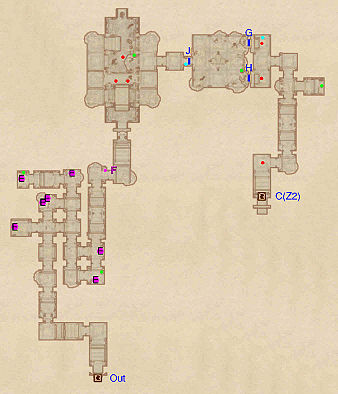 This zone is fairly linear, with most loot found on route. The first area is a hive of hunger statues (E), so try to avoid the shots as you proceed north. At the first intersection head right, then north again and then left, all the while dodging the hunger shots to access a chest near a statue. Backtrack south, loot the urn nearby and head north along the corridor. Activate the button at F and enter the next room, where two Seducers are found on a bridge above you and a third on your level. Try to use a sneak shot from the corridor to take out one of them to avoid being ganged up on. As soon as you enter the next room the hidden wall at G will open and two Seducers will attack you. Defeat them and proceed to the next zone through door C.

If you enter Xirethard before the related quest, the gate in the room with the self-opening hidden walls is opened with the push block (cyan dot) next to the northern wall. 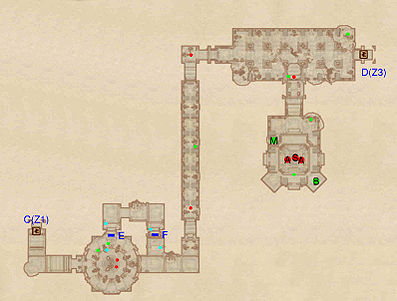 The first room you enter will be full of statues and banners as well as a load of overturned stone furniture and silverware. Here, two Seducers are guarding two minor-loot chests. Open the secret wall at E by activating the button nearby (cyan dot on map) and repeat the procedure with the wall at F. Kill the patrolling Seducers in the very long corridor and enter the next room. Here, try to take out the Seducer guarding the door to Syl's room with a sneak shot to avoid alerting her to your presence. Open the door and take another sneak shot at her (S), and prepare for a tough battle with her and her Royal Guards (A). Once you're done, pick up her weapon and loot the madness ore deposit at M and the boss chest at B. Now you can either backtrack to the Palace or enter the next zone through door D. 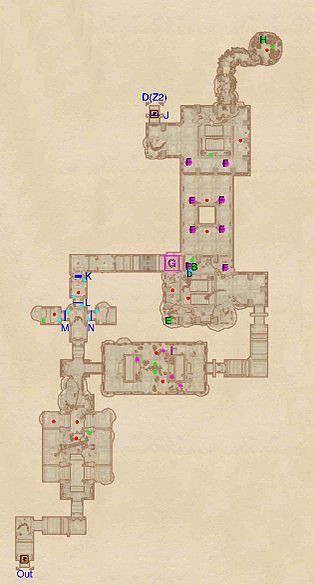 After you enter, ignore the stairs going down and head north to a root cave area where you will find an enemy guarding a hollowed stump and an amber vein (H). Head down the stairs and don't miss a chest on a ledge to your left. The room you enter contains various criss-crossing hunger statues as well as two enemies, but it shouldn't pose too much of a threat. Follow the stairs up to a candle-lit room and head over to a pile of rubble in the southwestern corner - the easter egg Dark Chest of Wonders (E) is at the top.

Avoid the cave in traps (I) in the next room and head north at the intersection until you arrive at a cell block. The cell on the right holds nothing of value, but open the gate (M) to the one on the left to access a minor loot chest. Open the gate at L and the hidden wall at K by activating the buttons near them (cyan dots on map). Once you reach the end of the corridor, defeat the Zealot nearby and loot the standard and boss level (B) urns before heading back to the original intersection. If you activate the push block nearby, the floor in front of you will open up (G), with a lengthy fall down to the hunger statue room. Jump over it and head back to the intersection. Once you're there, head south and battle three enemies to reach the door leading outside (Out). Be warned however, that the four Seducers on guard outside will be hostile, so expect another fight.