The Apostles are the "seekers of light", an order founded by Ciirta after she discovered Sheogorath's absence during the previous Greymarch. Because of her belief that Sheogorath had abandoned his people to die, she founded a separatist faction of those who have lost their loyalty to Sheogorath. They are only found in Ciirta's stronghold, The Howling Halls.

Apostles are easily identified due to their eponymous maroon robe, which also emits a halo of light. Wearing their robes allows the player to pass between Apostles without being attacked. They can be found pacing around the dark halls, occasionally praying at the various shrines, reading, eating and sleeping. None of them will respawn if killed.

There are nine unnamed apostles in total: 6 Imperials, 2 Nords and a Redguard. All apostles are part of the relevant faction and two (the Redguard and an Imperial) are also part of the traitors faction. The two traitors, however, will still be hostile to the player as a regular Apostle would. 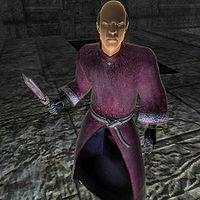 One variety of Imperial Apostle
*Of the five loyal Apostles, three have 99, while two have 40. 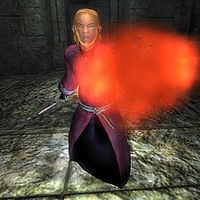 Another variety of Imperial Apostle 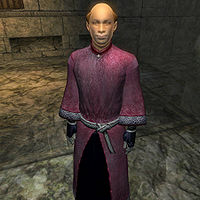 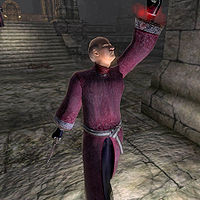 One variety of Nord Apostle 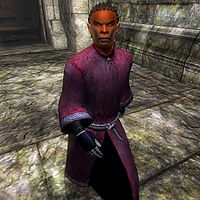