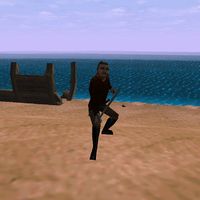 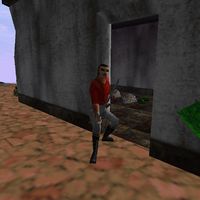 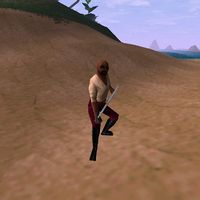 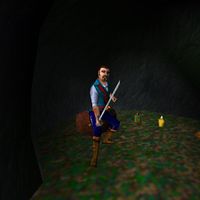 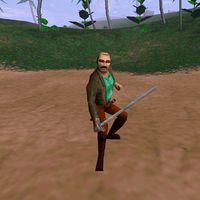 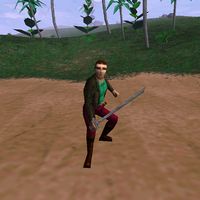 There are six island thugs roaming outside town on Stros M'Kai, all of them hostile to Cyrus. The first thug you loot will have an island map; this is the only way to get one. The next five thugs will carry either 5, 7, 10, 15, or 25 gold, a canah feather, a strength potion, a health potion, or a potion of ironskin.

The "crazy escape guy" is found at the boat wreckage southwest of Saintsport, and in the town itself is the "hideaway guy". The brothers Lacy and Ned wander the beach west of Devil's Den; in the den you will encounter the "junky guy". Finally, the "predator guy" is found on the beach northwest of the Yokudan camp.

"Well, well. What are we doing out so far from town?"

"Hey, brother Ned, look what we got here!"

"Brother Lacy! We got us a city sucker!"