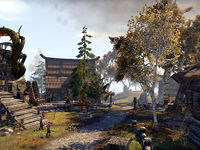 Shor's Stone is a mining town in the eastern Rift, just southwest of Eastmarch. Fallowstone Hall rests on the cliffs above the town, accessible by heading west out of the village then moving north. The town is home to its eponymous mine, which is known to the locals as Redbelly Mine. Recently, Reachmen from the Boneshaper Clan have surrounded the town and invaded the mine, sealing it. The locals are aware of a tomb connected to the mine's tunnels, where members of the ancient Companions are buried. 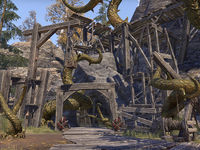 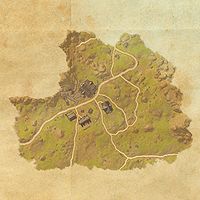 A map of Shor's Stone 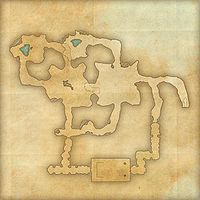 A map of Shor's Stone Mine

This Elder Scrolls Online-related article is a stub. You can help by expanding it.
Retrieved from "https://en.uesp.net/w/index.php?title=Online:Shor%27s_Stone&oldid=2375514"