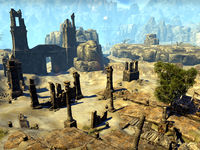 Shada's Tear is a ruined Nedic city located in western Craglorn, northeast of the Bangkorai Gate.

The exterior of the city ruins is sprawling with Dusteater goblins, durzogs, and ogres. A duneracer called Ziruhir of the Deep can be summoned here by activating crystals and a brazier. A powerful troll named Stomper and its two goblin minders, Skit and Scat inhabit the goblin camp surrounding the exterior of the ruins.

Near the river you can descend to the lower part of the ruin. The proper way to get to and from the ruins is via a ladder leading in and out of the crevice. However, you can also get to the ruins by jumping down the hole and landing in the water. There's a river fishing hole in the pool at the bottom of the hole. Inside the city, a group of researchers are trying to solve the mystery of the city's cursed water. Their leader, Sali'ma will ask for your assistance in cleansing the waters and dealing with the powerful nereid queen named Shada. While helping to cleanse the city waters, you also have an opportunity to find and free some lost researchers and assist a Nedic priest.

Several books are found at the entrance. A copy of Nedes of the Deathlands can be found within, to the right of the first staircase leading into the ruins. Tishi's Research Notes are laying on a cot next to Vhasla's cage.

A Waterlogged Journal can be found at the entrance to the Burial Grounds, by the cliff overlooking a pool of tainted water.

When you pass Nahlan, you'll see a vision of a Nedic general commanding his warriors to defend the city. The spectral warriors will corporealize and become the first group of enemies, consisting of Nedic Warriors and skeletal archers. There's a Bone Pit at the bottom of the first set of stairs, where the second group of enemies is located. You'll fight skeletal arches and bone flayers here. Another vision occurs on the south side of the room. You'll see General Zal'ik confronting Nahlan over his refusal to drink the water. Two bone colossi, two Nedic Warriors and two skeletal archers will appear as enemies when the vision dissipates. Up the stairs, a large group of bone flayers blocks the way into the next hall, where you'll encounter the poison barrier.

The unmoving Poisonous Cloud deals devastating poison damage, and cannot be passed unless you dispel the barrier. You must descend the staircase to the north to destroy the beast whose magic keeps the barrier intact. It resides in a laboratory, the walls lined with bookshelves. Once the monster is dead, the barrier begins to move.

The poisonous cloud within the Burial Grounds deals massive poison damage. You must pass it by following behind it as it moves. There are two bone pits at the end of the hallway guarded by the poisonous cloud. Zal'ik's tomb lies at the end of this hallway. A vision of Zal'ik accepting the terms of Shada's deal plays out when you approach the center of the room. Eight Nedic Residents line the edges of the platform, four on each side. Their souls are sealed inside Soul Shard Chests, all eight of which you must open to awaken and defeat Zal'ik. Tortured Souls and Nedic Warriors are awakened. When they are defeated, Zal'ik rises.

Emi'liah is responsible for corrupting the waters here.

The City District is full of undead Nedes who are accompanied by nereids. A scroll titled The Light Holds the Way is found on an altar in the first room, and tells you how to solve the puzzle that allows you to enter the next room. Jah'lah is responsible for corrupting the waters here.

A detour through a subterranean cavern leads to Shada's lair. These caves are full of spiders. Muhma the Stinger can be fought within, though this is entirely optional. Shada dwells in the deepest depths of these halls. 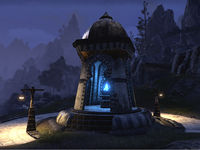 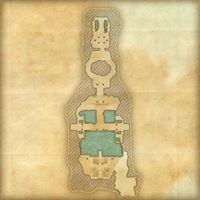 A map of Shada's Tear 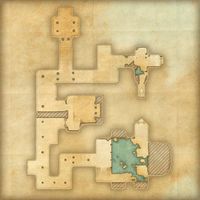 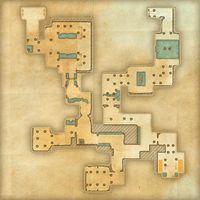 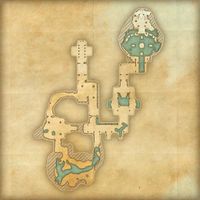