Arch-Mage Valeyn believes I'm here to help protect the Academy against some unnamed threat. While he determines what this threat is, he asked me to help him with another matter.

Upon reporting to the eccentric Arch-Mage Valeyn, he will insist that you are entwined with the fate of Shad Astula, which will soon face an outside threat (the Maulborn, as you might have guessed). In his visions, he determined that you will need the aid of three new apprentices to face this threat: Lena Dalvel, Tedras Relvi and Hadmar the Thin-Boned, whom you may recognize from the docks. It is essential that they pass Shad Astula's entrance tests, which are notoriously difficult in line with the rest of the curriculum. The Arch-Mage will ask you to aid them, which you can do in any order you see fit.

After helping all three students, return to the Arch-Mage to receive your reward and begin the next quest. 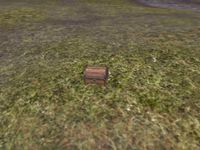 Lena can be found fretting on the eastern side of the campus. She has been tasked with finding a Lost Amulet for one of the instructors, which has ended up in the possession of a Shadow Cluck. Take the Wand of Finding from Lena and activate nearby Shadow Clucks. This will cause them to explode, and will eventually reveal a small chest. Take the amulet and return to an amused Lena.

Tedras can be found beside a pond to the right of Shad Astula's entrance. He has been tasked with fishing from the pond, although the pond is quite devoid of any fish. He was given a riddle along with his task, but neglected to even glance at it. Take the nearby Book of Excellent Teachings and activate the four orbs of water surrounding the pond. North is Sun (yellow), South is Crescent Moon (blue), West is Full Moon (red), and East is Star (blue). Once you solve the puzzle, a crocodile called Old Snapper will appear in the pond. Defeat it and return to Tedras. 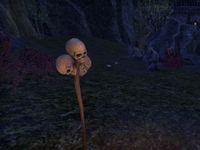 Hadmar can be found on the western side of the campus. He was tasked with gathering escaped student rats, but one has climbed atop a large boulder. He has created a totem to ascend the rock, but doesn't want to actually use it due to a fear of heights. Activate the totem while facing the rock to be launched into the air. Carefully maneuver your way to the summit. You may need to jump a few times, but the most important thing to remember is to keep moving forward. Collect the Student and return to Hadmar, being careful to descend slowly.

Once you've helped all three students, return to Arch-Mage Valeyn in his office for your reward.