"Ah, yes, the Undaunted. That they have decided to train scamps to wear a pack is, shall we say, a prodigious undertaking. I look forward to seeing how much gear goes missing."—Warlock Aldaale 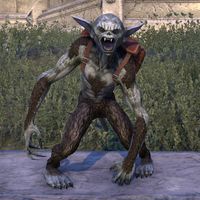 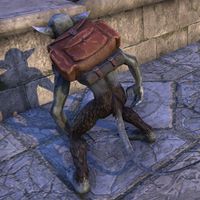 View of the backpack

The Undaunted Porter Scamp is acquired by completing the Moongrave Fane Conqueror achievement, which is done by finishing Moongrave Fane on veteran difficulty. It occasionally wriggles around, trying to get the backpack off of its back. Its default name is "Packrunner".

This necromantic construct of reanimated bones resembles a gruesome Bone Dragon, one so charged with unholy power that it emits an uncanny blue glow. 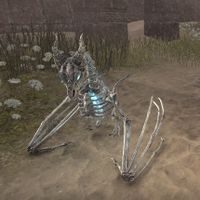 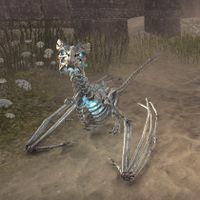 The Unholy Glow Bone Dragon was available in the Crown Store for 015001,500

. Its default name is "Bluebelly".

"The instability inherent in the structure of some morpholiths makes them unsuitable for use as sigil stones, yet that doesn't stop certain Daedric Princes from trying. Imagine the surprise when said portals don't work."—Warlock Aldaale 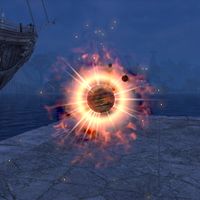 each during events in 2021. For more information, see the full page. Its default name is "Glimmerstone".