This article is about the PvP area. For the quest-related section of the sewers, see Imperial Sewers (prologue). 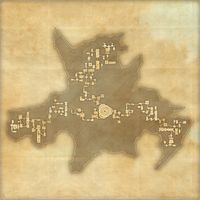 Map of the Imperial Sewers

The Imperial Sewers are the sewer system of the Imperial City. For those who own the Imperial City DLC or are members of ESO Plus, the sewers serve as the means of entry to the city and players will be ported straight to their own Alliance's base of operations when joining an Imperial City Campaign. The Imperial Sewers plays similarly to a Public Dungeon, but with PvP in all areas except a few small alliance safe zones. The alliance safe zones contain ladders that go to all the city districts, leading to small rally points in the city. The only ways to get back to the sewer safe zone if one has left the rally point is to use one of the ladders on the edges of the district, which connect to deeper parts of the sewers, and then walk back to the alliance base, or to use a Sigil of Imperial Retreat. These sigils can be purchased from Tel Var General Merchants or found in chests in the Imperial Sewers.

Within the sewers are three different alliance-based branches that all converge to the central Barathrum Centrata. Each branch contains four group boss champions, two striking locales, two district ladders, and a total of seven skyshards spread out among them. The Coldharbour Elite Guard, a powerful group of Xivkyn group bosses, patrol paths through the sewers, and Cunning and Trove Scamps also spawn at rare times. The sewers contain three entrances to the White-Gold Tower, and three entrances to the Ancient Underground, all in close proximity to alliance bases. 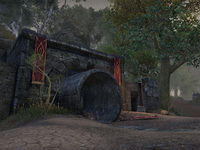 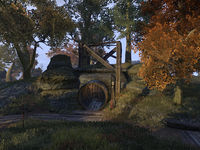 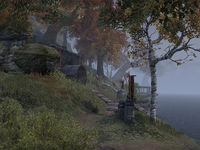