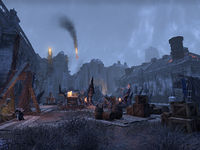 Zoal the Ever-Wakeful and The Screeching Matron are this district's Patrolling Horrors. They wander back and forth along the central road leading towards the capture point. They also peek at the streets to the north and south, particularly the road to the north. The road south is crowded by Legion traitors and siege engines, while the northern street is emptier and has more room for the titans to move.

Kazarvel Scathe-Knight patrols the forge in the southwestern portion of the district.

Each Alliance has a rally point inside one of the district's ruined buildings which can be accessed from their Alliance Base in the Imperial Sewers. The rally points are protected areas that members of enemy alliances cannot access, although if approached from particular angles, enemy players may be able to attack players leaving the rally point with ranged weapons and spells. There is a Sanctuary area in the interior of the rally point which nullifies all damage while a player is standing in it. 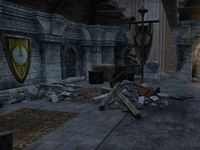 Quintia Rullus can be encountered here. The rally point is located just north of the capture point. 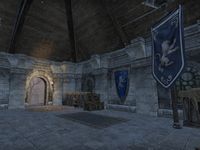 Quintia Rullus can be encountered here. The rally point is located southeast of the Planar Armor Trophy Vault. 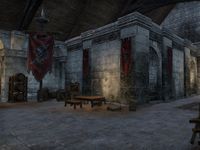 Quintia Rullus can be encountered here, she is sitting on a pile of debris near the western doorway. The rally point is located just south of the capture point. 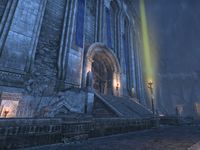 The Elven Gardens Sewer Entrance is located at the southwestern end of the district, along the outer wall. It provides access to the Lambent Passage section of the Imperial Sewers. 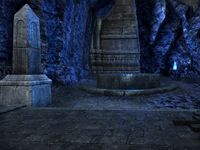 Sewer entrance to the Lambent Passage 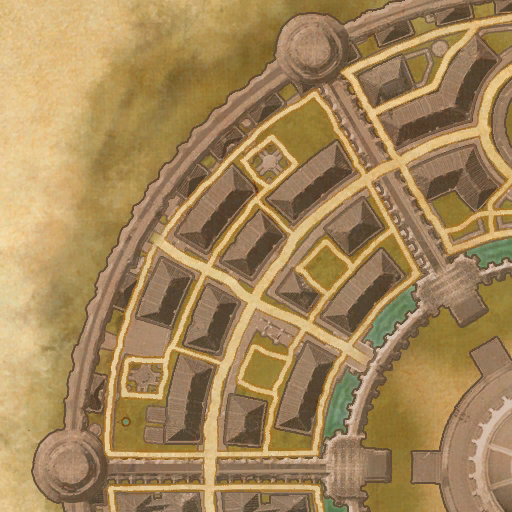 A map of the Elven Gardens