There are a total of 28 obtainable disguises. They are used during quests to blend in around certain groups of enemies and all of them have a Level requirement of 1. These should not be confused with costumes, which do not use an equipment slot. They are purely cosmetic and wearing them will not affect your current gear's stats. Some of them have randomized facial hair, adornments, or equipment every time you enter a new zone, and some disguises are only obtainable during a quest, which means you can never get them again once you've completed it. Costumes used to take up the same equipment slot as disguises, but have since been moved to the Collections tab.

While in disguise, you will not be attacked by certain enemies who would normally be hostile. You will see a stealth icon in the center of the screen, just like you see while sneaking. Sneaking is not actually possible wearing a disguise - attempting to do so will bring up a warning: "Sneaking would arouse suspicion".

There will often be more alert enemies who can see through your disguise and alert their compatriots. You can identify them by the red glow around them, while other enemies will have a yellow glow. If they are humanoid, they will also generally be carrying a torch. Non-humanoid enemies such as dogs or wolves are almost always immune to disguises. If you get near them, you will see a glowing red eye above their head indicating that they are suspicious. Running away and getting out of their line of sight will usually keep them from pursuing.

If you are caught, or if you initiate an attack on any hostile or non-hostile enemy, the disguise will be removed from your inventory. (You can usually find another the same way you found the first.) Quest-specific disguises are generally removed from your inventory when you complete the part of the quest requiring them, but if you remove the disguise manually, you may keep it to use at any time. Note that most disguises will not function outside of the quest for which they are intended, even if you encounter other enemies of the same faction elsewhere. However, disguises can continue to be used in a similar way to Costumes in order to alter your appearance once their quest is finished. Note that, if you are wearing a disguise for its appearance and re-enter its associated quest area, you may lose it if you enter combat, and be unable to reacquire it.

All disguises are bound to your account and cannot be traded to other players. It is not possible to have multiple copies of the same disguise, even in your bank. 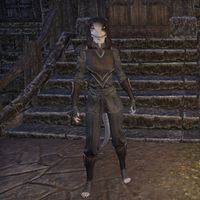 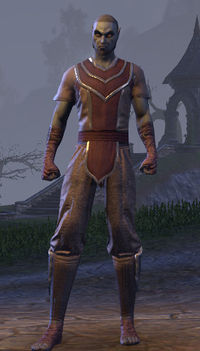 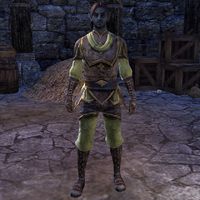 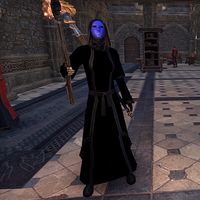 Monk's Disguise can only be obtained from Remains-Silent, who will appear once the Shadowy Supplier passive skill is unlocked.

This disguise allows you to temporarily conceal your Bounty status from Guards. This means you can walk freely among guards and even interact with items with no risk of being arrested. This can be particularity useful for characters who are fugitives, as it allows them to interact with merchants. Normally, merchants will not speak or interact with fugitives. The disguise disappears after 5 minutes, if you witnessed committing a crime, if the disguise is unequipped or if the you die.