Conceived in treachery and secured by bloodshed, the Akaviri Potentate ushered in the Second Era, along with a new chapter of Imperial rule. For four-hundred years, the Tsaesci, Versidue-Shaie, and his heirs ruled a fractious continent. Over time, the snakemen’s classical refinement merged with stubborn Reman values to create something completely new—a civilization built on the fault line of Tamriel and Akavir, blending the virtues of both into an unlikely whole.
Despite the roiling chaos of the Interregnum, Potentate relics still find their way into hands of collectors. Will you herald the Second Empire’s return? The grace of Akavir and pride of Cyrodiil are yours for the taking! 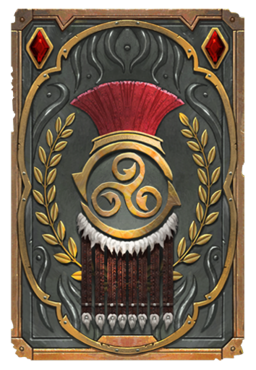 This Season is themed after the Akaviri Potentate, a period during which the Empire was ruled by Akaviri. It was first available from December 10, 2020 to March 18, 2021.

The possible rewards are as follows, grouped by rarity with Radiant Apex rewards being the rarest:

These items can only be won in crates, and cannot be bought separately from the Gem Store.

from extraction, *except the Resplendent Sweetroll, which grants 00400400

and cannot be bought in the Gem Store.