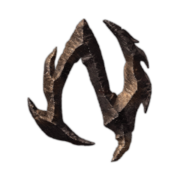 Nehrim: At Fate's Edge is a total conversion mod for Oblivion developed by the German team SureAI. It was released in German on June 9, 2010 and subsequently in English on September 11, 2010. It was released on Steam on June 12, 2020 with full achievement support.

As a total conversion mod, Nehrim functions as an entirely separate game from Oblivion. Basic gameplay mechanics differ between the two; for example, Nehrim utilizes an experience-based leveling system, in contrast to Oblivion's skill-based system. The game takes place on the continent of Nehrim, a setting which is totally unrelated to The Elder Scrolls universe.

Note: This article is a stub. You can help by expanding it.
Retrieved from "https://en.uesp.net/w/index.php?title=Oblivion_Mod:Nehrim:_At_Fate%27s_Edge&oldid=2169692"