The Forgotten Ones are worshippers of Namira who inhabit the Ayleid Ruin of Anga where they are being annoyed by priests of Arkay.

There are twelve of them in total. All twelve wear just a pair of belted braies and wield a club. They also have an ability called Forgotten Fighting that gives them a permanent Fortify Blunt effect of 100 pts on self.

While they will recoil from torchlight, they do not, oddly, react to Light spells at all.

When spoken to, they will shout, "Leave us, creature of light." When torchlight is shone upon them, they will recoil and hiss one of the following lines:

When they attack the priests, they may moan, "It must pay." 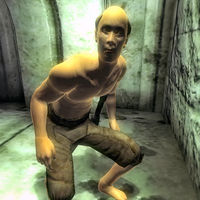 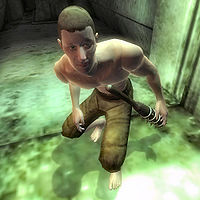 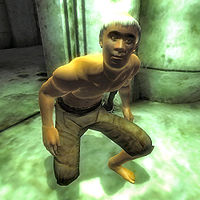 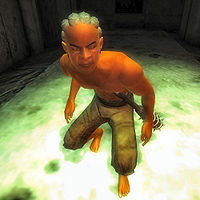 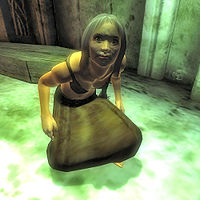 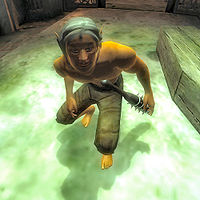 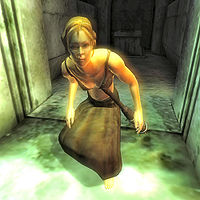 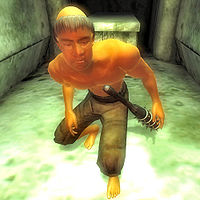 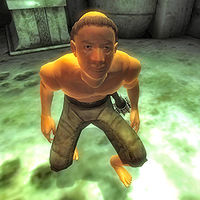 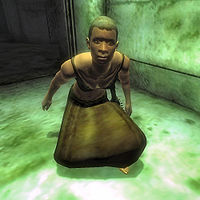 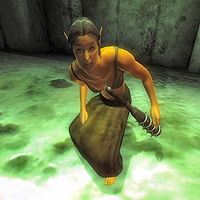 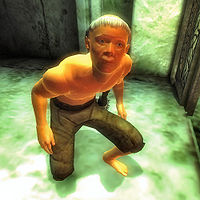