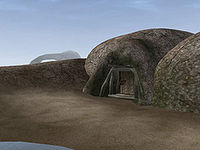 Subdun is a medium-sized Sixth House cave located on a small island just south across the sea from the Koal Cave. 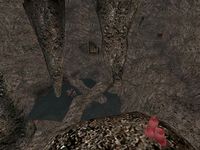 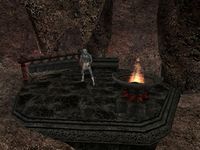 The entrance to Subdun is in the crescent-shaped bay of the tiny island. The shrine is led by the dangerous unique ash ghoul Dagoth Draven, who has been casting his malign influence as far away as Khuul, Ald Velothi, and Maar Gan. Destroying him will free three Sleepers in those towns and stop them from having horrible, obsessive dreams about the Sixth House. The entry area only has a few rats and leveled ash creatures. As you enter the small Shrine room, you're attacked by two dreamers. At the far end is Dagoth Draven. 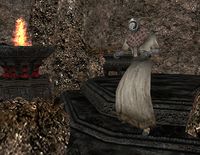