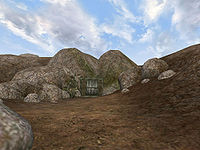 The entrance to Milk

Milk is a cave west of the northernmost point of Ald'ruhn and south of Bal Isra. 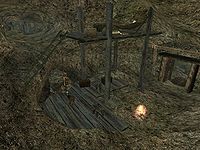 The cave is home to Arethan Mandas, a former Redoran noble who has gone mad in sorrow after his daughter Delyna disappeared. Together with his loyal retainers he is now nothing more than a rogue agent, demanding tribute from passing travelers. See the quest for several solutions to this sorry situation. Either way, you'll have to fight with the other bandits in Milk, unless you get to Arethan by sneaking or invisibility. 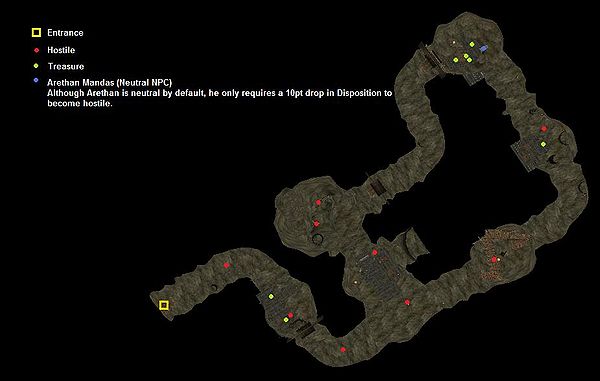