A typical landscape in Summurset Isle 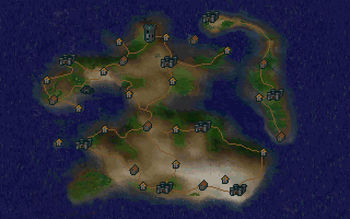 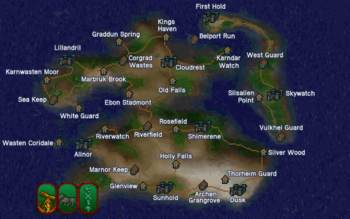 Summurset Isle with all settlements labeled

Summurset Isle is one of the nine provinces you can visit in Arena and the starting location for High Elf characters. It is a green and mountainous group of islands in the southwest of Tamriel, off the western coast of Valenwood.

During the Main Quest, you will travel to the Temple of Mad God, as well as locate the fifth piece of the Staff of Chaos in the Crystal Tower.